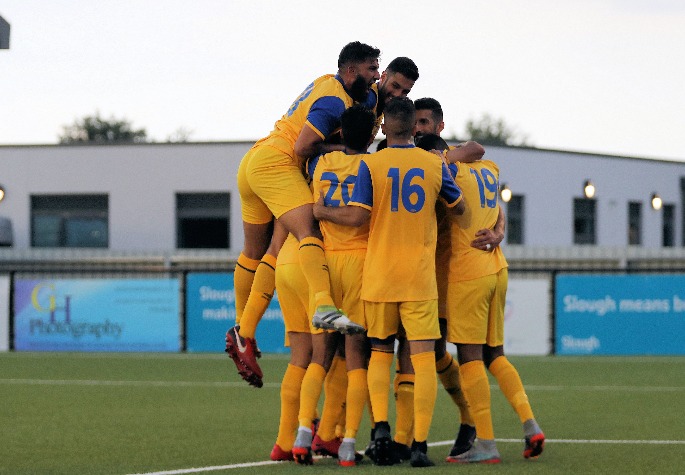 Panjab FA got what they needed in their final Group D game against the United Koreans in Japan, as a 1-1 draw put them through to the quarter finals of the 2018 CONIFA World Football Cup.

Panjab went into the game knowing that a win or a draw would be enough to secure qualification. Only a win, meanwhile, would be enough for the United Koreans to progress from Group D. It all made for a thrilling match between the two sides, and it certainly didn’t disappoint.

It was a frantic start to the game with Panjab winning a first minute penalty. Arjun Purewal headed a Panjab corner back across goal, only for Arjun Jung to be bundled over ten yards out when preparing to shoot.

Gurjit Singh stepped up to take the resulting spot kick, but his attempted Panenka style penalty was palmed away by Hyogeum Lim.

The winger very nearly made amends a couple of minutes later. Amar Purewal held off a defender before laying the ball in to the path of Singh, but his first-time curling effort was again clawed away by the United Korean goalkeeper.

Amar Purewal then had a goal disallowed for offside when he rolled the ball in to the net after slipping past the opposition defence.

Despite the relentless Panjab pressure, it remained 0-0 until half time, with everything still to play for in the second period.

It was the United Koreans, though, who came closest to breaking the deadlock in the 51st minute. Yeong Jang Byun swung in a delightful delivery from a left wing free kick which Ken Taniyama headed just wide after beating Yousuf Butt to the ball in the air.

Aran Basi then went down with a hamstring injury which forced the towering centre back off the pitch, to be replaced by Sufyan Zia, who was making his first appearance in the tournament so far.

Minutes later, Ken Taniyama came close again. This time, the midfielder drove in a ferocious cross which nearly caught out the Panjab goalkeeper at the near post. Fortunately for Panjab, it bounced off the woodwork and out for a goal kick. Another let off for the lions.

With fifteen minutes to go in the match, the United Koreans were made to pay for their wastefulness in front of goal.

Nathan Minhas started a Panjab break from inside his own half, using his strength well to hold off his opponent before driving towards goal. The forward then clipped a ball out to Nikinder Uppal, the substitute took a touch before passing it inside to Jhai Dhillon who was brought down by Sunji Kim in the area.

There was never any doubt that Amar Purewal would fail to put Panjab ahead, and the striker coolly obliged by sending the goalkeeper the wrong way.

The United Koreans then threw men forward in search of the two goals they needed to qualify from Group D. And they found one in the 94th minute when Su Hyeon Mun lashed into the top corner from 25 yards for a goal of the tournament contender so far.

But there wasn’t enough time for either team to grab a winner, so that’s how it ended. The draw allowed Panjab FA to clinch second place in Group D ahead of the United Koreans in Japan who finished third.

Panjab FA will now face Padania in the quarter finals of the 2018 CONIFA World Football Cup. The tie will be a repeat of the 2016 semi final between the two sides, a game in which Panjab won by a narrow 1-0 scoreline to put them into the final against the host nation, Abkhazia.

Padania will take on Panjab at 3pm at Larges Lane, Bracknell Town on June 05, 2018, with a spot in the semi finals being the prize for the winner.