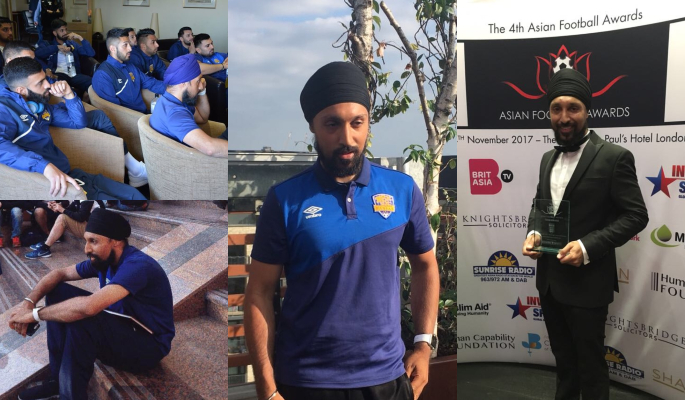 Manraj Singh Sucha has been confirmed as the new manager of Panjab FA after signing a one-year deal with the top-ranked international football team outside FIFA.

The former Panjab FA first-team coach and analyst succeeds Reuben Hazell who mutually agreed to leave his role after leading the side to a 5th place finish at the 2018 ConIFA World Football Cup in London.

Sucha becomes only the second manager in Panjab FA history, and is now looking forward to starting a new era with the team which represents the estimated 125 million Punjabi’s around the world.

“​It’s an honour to be named the manager of Panjab FA, and I am excited to begin this new journey. I’m so thankful and proud to have been given this opportunity [as] there is no greater honour than being able to manage your national team.”

He adds: “I want to build on the great work done by Reuben Hazell up to this point. I will work hard to develop the team and the staff to make us a stronger group and help the organisation to continue growing and making waves in football.”

Panjab FA Chairman, Harpreet Singh, meanwhile, is delighted to have such a knowledgeable, ambitious, and respected coach in charge of the Panjab National Football Team. Singh says:

“Manraj Singh Sucha has all the attributes to become a great football manager. He is a highly respected coach who is in pursuit of reaching the top of the game. He has the support of the board and we look forward to him leading from the front and bringing the best out of the national team.”

Manraj Singh will also be making changes to the backroom and coaching staff, although he remained tight-lipped on the subject, for now at least.

The new manager tells us: “I’ve been able to recruit some excellent members of staff to the team, but there remains one position yet to be filled. It is only fair to announce our new staff members once our team is complete, as we are all as important as each other.”

In 2016 Reuben Hazell led Panjab FA to the final of the ConIFA World Football Cup in Abkhazia, narrowly missing out on victory. Manraj Singh Sucha will be hoping to take the side one step further in 2020, but first he has 12 months to prove himself.

Sucha’s Panjab FA team will be coming together for the very first time at a training camp in September. A series of exciting fixtures are also in the pipeline and will be made public at an appropriate time.

​Be sure to keep up to date with Panjab FA on Twitter, Facebook, and Instagram ahead of this extremely exciting year ahead under the guidance of their brand new manager, Manraj Singh Sucha.